This section opens by outling some of the legibility challenges posed by Livingstone's Letter from Bambarre. The section then discusses the spectral imaging opportunities offered by these challenges, describes the system used to carry out the spectral imaging, and provides key technical details related to the imaging.

In writing his letter to Waller, Livingstone used two pages from a proof copy of the Proceedings of the Royal Geographical Society (see Note on the Text of the Letter). He first wrote across the back of each sheet ([1] and [3]), then across the side with the printed text ([2] and [4]). In covering this latter side, he began by filling the top, left, and bottom margins, then turned the sheet ninety degrees clockwise and wrote in the remaining margin. Finally, without again turning the sheet, he wrote across the printed text, so that his "overtext" ran perpendicular to the print. 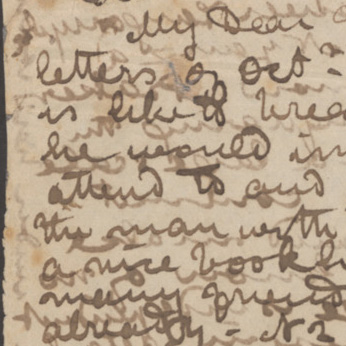 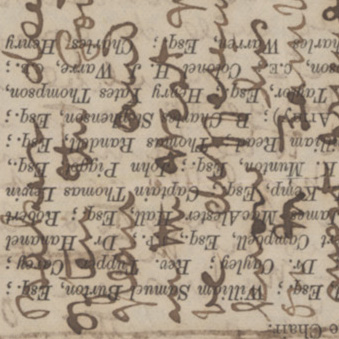 Due to the paper used and Livingstone’s overtext, the letter to Waller is today very difficult to read. Where Livingstone’s iron gall ink has bled through the page, two layers of text run into one another, while on the portions of the page with printed text (or with the handwritten address to Livingstone), three superimposed layers of text are often visible.

Although problematic for the Livingstone scholar, these characteristics – in addition to the fact that the letter contains three types of ink (Livingstone’s, that of the printed text, and that of the handwritten address to Livingstone) – made the letter of great interest to the imaging team. The team recognized that the letter offered the chance to use the multispectral imaging and processing techniques developed to separate the "overtext" and "undertext" in the Archimedes Palimpsest, a medieval parchment-based document, for the study of a nineteenth-century paper-based document. Furthermore, the letter’s physical characteristics – such as the stains (most evident on [1] and [2]), the seal (on [4]), and the creases on each page where the letter had been folded – also presented an opportunity for innovative imaging and processing. 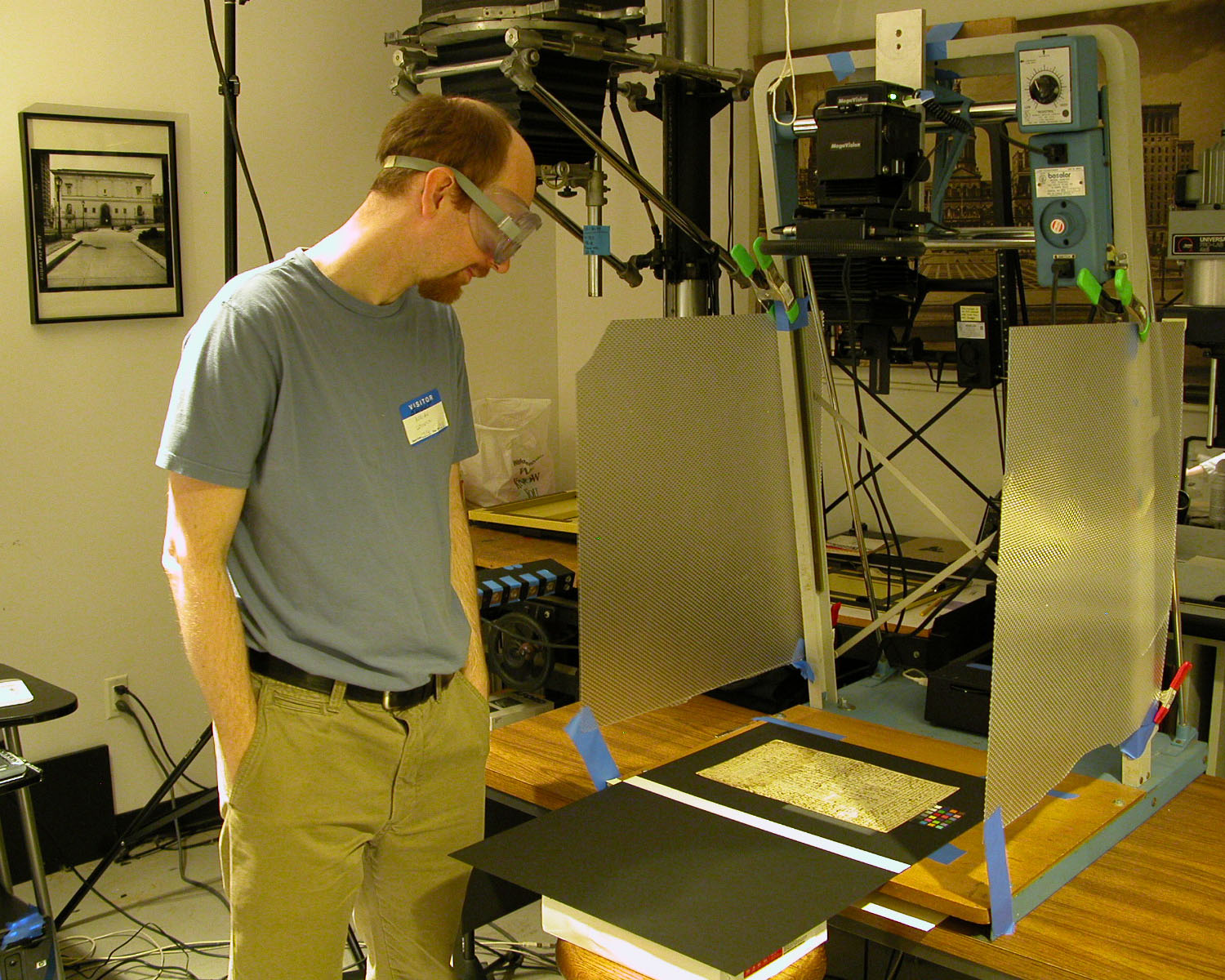 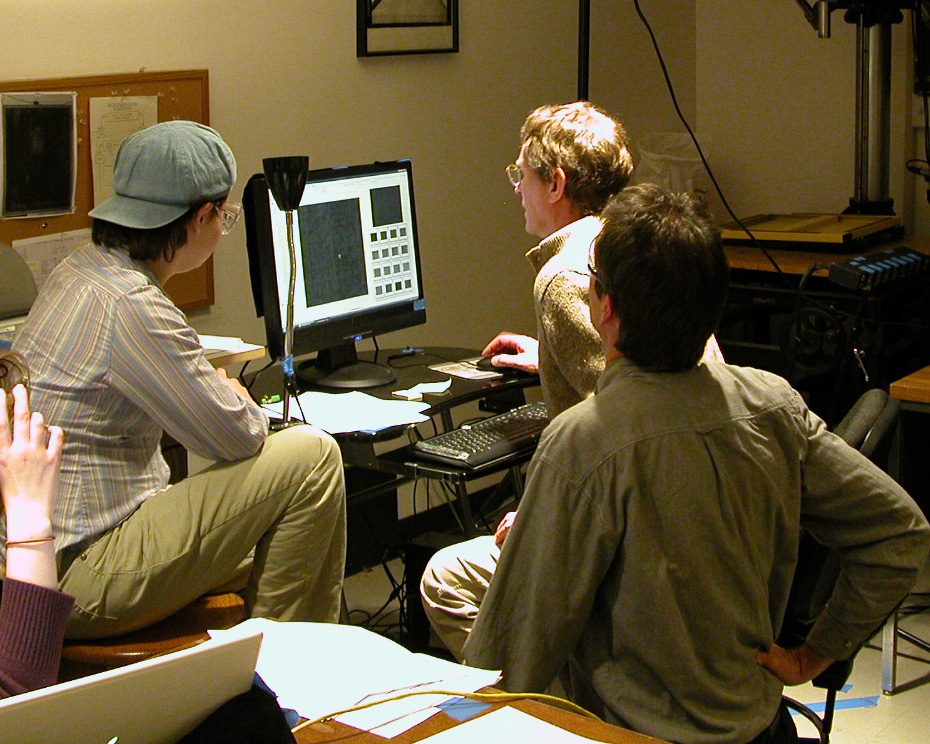 The letter was transported from the Conservation Department at the Metropolitan Museum of Art in New York to the imaging lab at the Walters Art Museum in Baltimore, Maryland by a three-person team. At the Walters, in order to spectrally image the letter, the imaging team used a fully integrated spectral imaging system that included a 39-megapixel Megavision monochrome camera along with a low-heat spectral illumination system from Equipoise Imaging. This system illuminated each leaf with light-emitting diodes (LED) in various spectral bands, with each spectral band captured by the camera in a series of registered monochrome images so that a given point on every image lined up.

Although the Archimedes Palimpsest Project captured images at thirteen different wavelengths, for the Livingstone letter the imaging team increased this number to twenty-three. The team also used an experimental "color wheel" with filters to capture UV fluorescence from the manuscript leaves for later processing. All of the raw images were taken sequentially without moving the paper in between exposures. As a result, every image is in perfect registration with every other, allowing several images to be combined so as to enhance different parts of the document. The images, which totaled 13 GB as raw images, were stored as smaller archival TIFFs on external drives and distributed to members of the team for processing and further study. 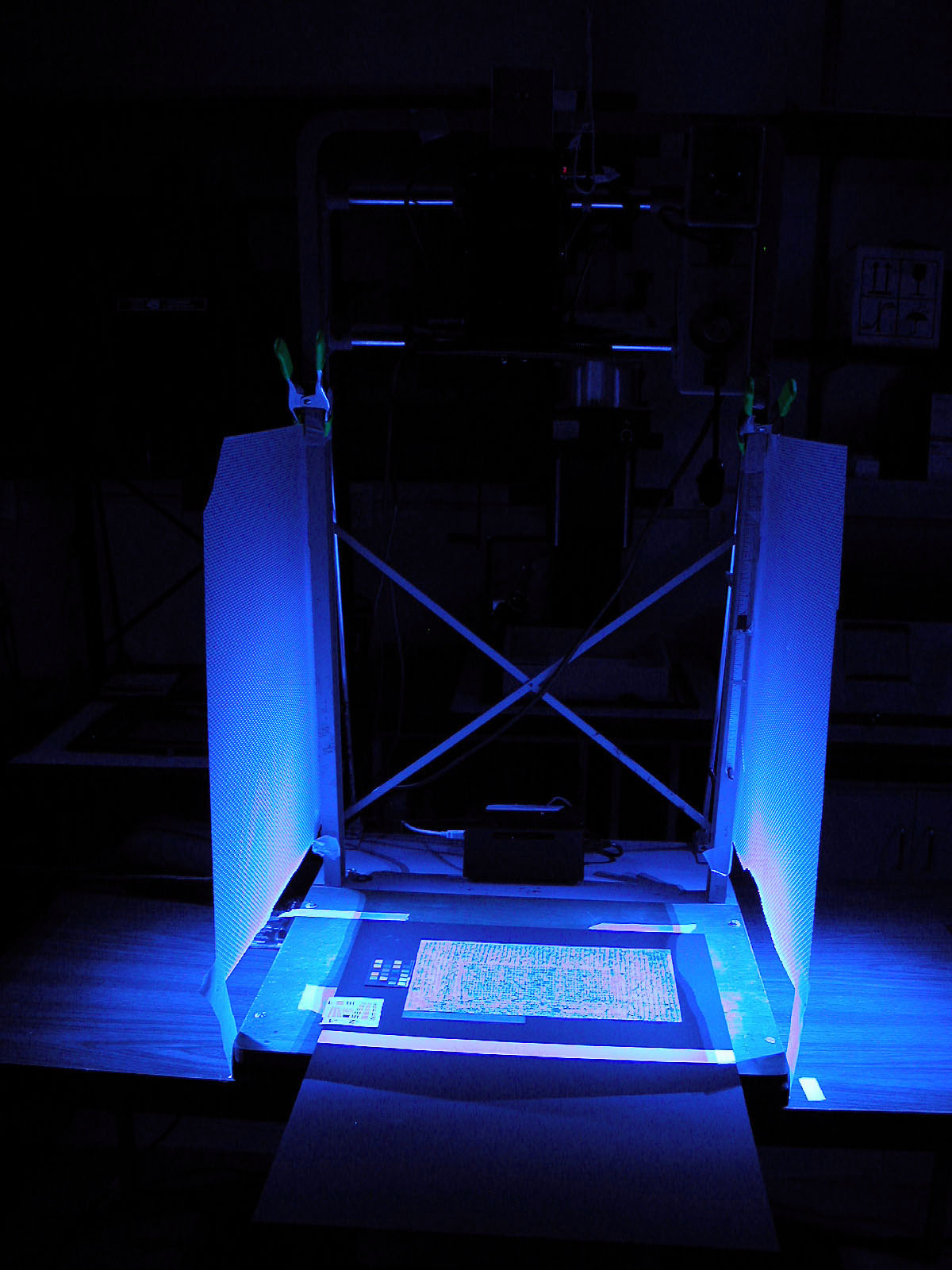 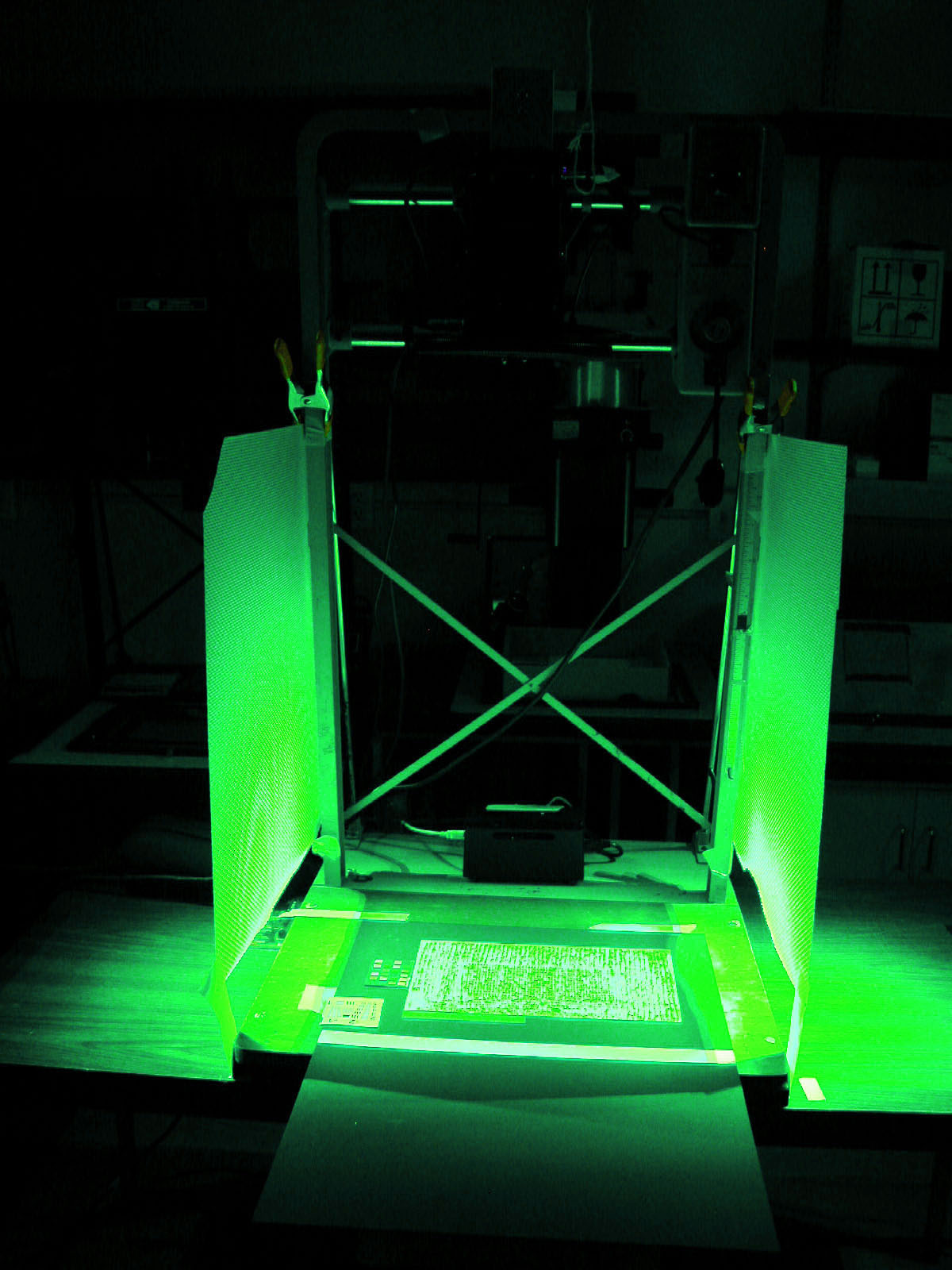 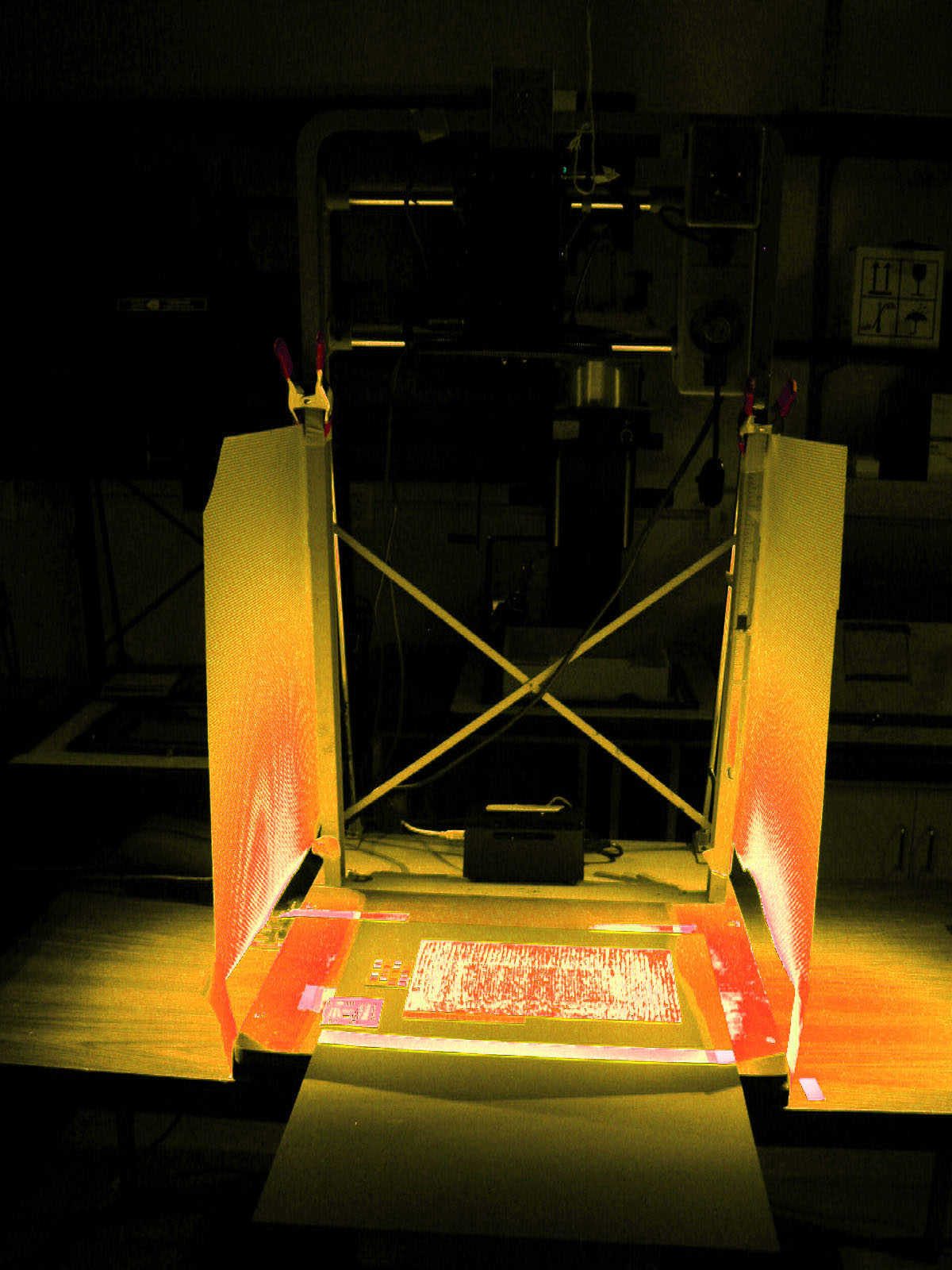 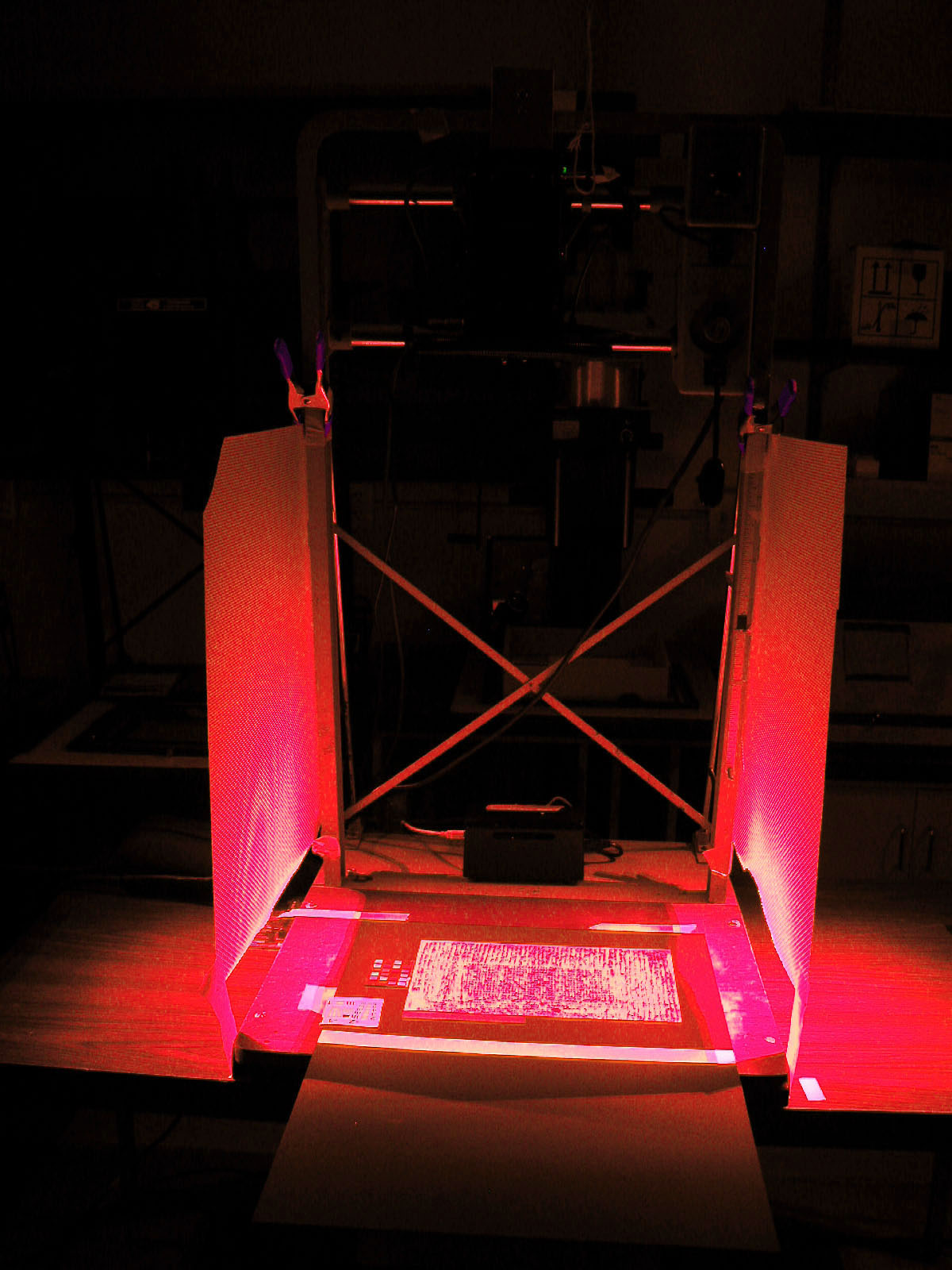 The wavelengths, or colors, of the raw images included one ultraviolet, two blue, three green, two red, and five infrared wavelengths. In addition, four images were taken with raking light, i.e., light shining on the surface of the paper at such a low grazing angle that the variations in the surface are emphasized. These four images were taken from the left and right sides of the paper, in both blue and infrared light. The captured images include the following spectra and illuminations: