This section provides an overview of the steps involved in processing spectral images. The section then details the collaborative, interdisciplinary workflow that guided the processing of the raw spectral images of Livingstone's Letter from Bambarre.

Spectral image processing relies on using tailored mathematical algorithms in order to manipulate and enhance data captured through the spectral imaging process. Examples of simple manipulation include retouching, color correction, noise reduction, and changing image contrast. Processing techniques can also take a variety of complex forms. In the case of palimpsests, for instance, imaging scientists can create an algorithm to peel back the prominent "overtext" (the uppermost layer of text) in order to reveal the "undertext" (the underlying text), which is often much more difficult, if not impossible, to read. 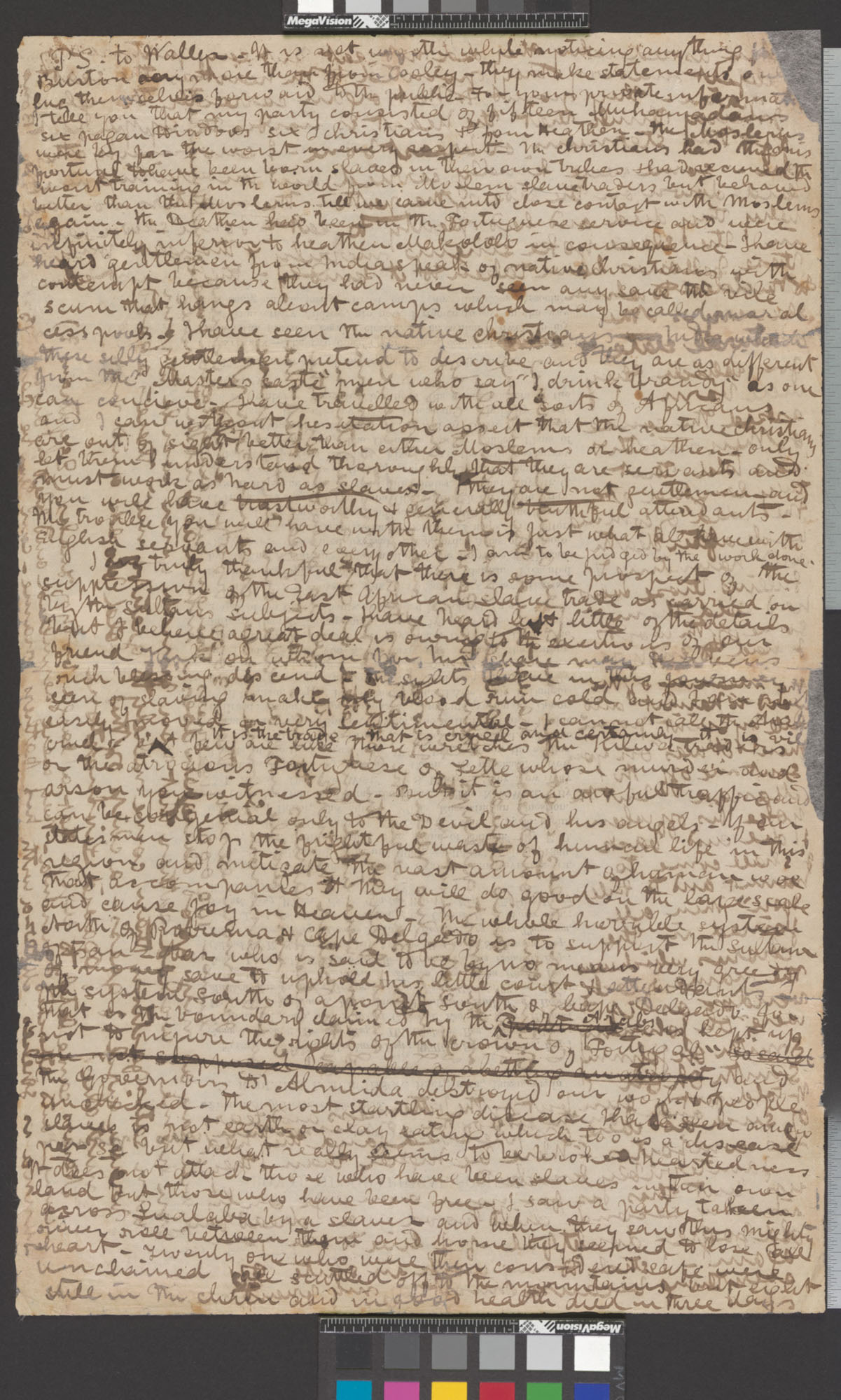 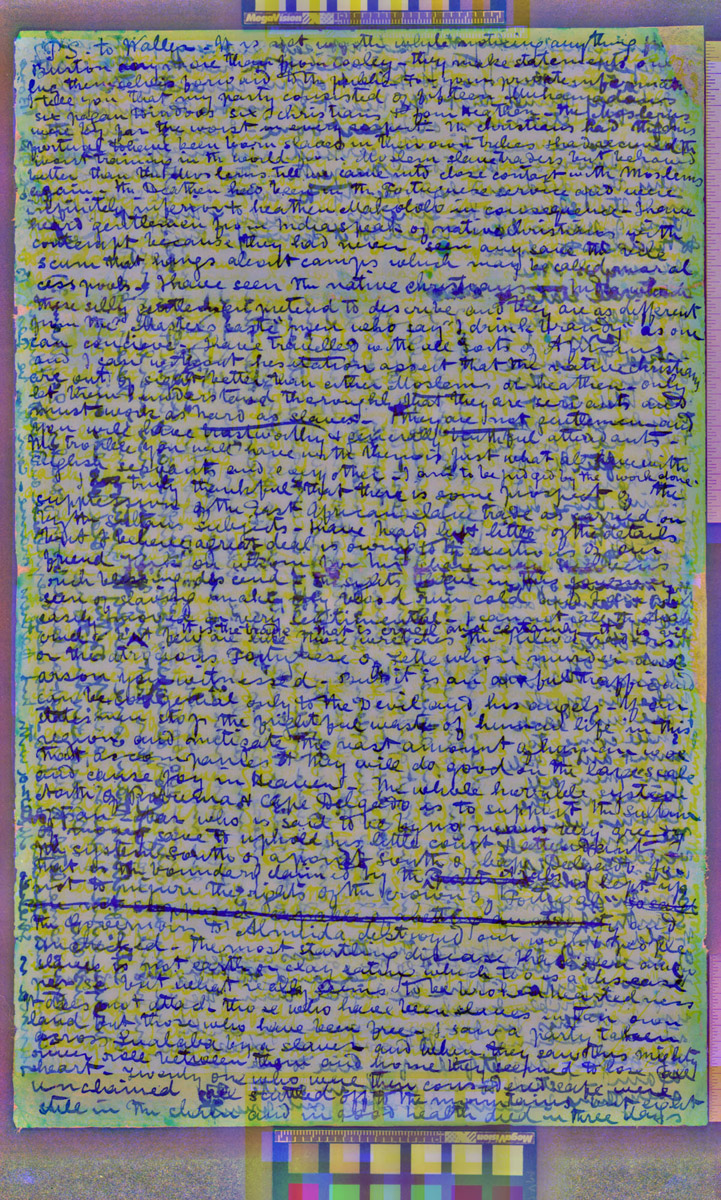 The processing of Livingstone’s letter involved a high degree of collaboration between project director Adrian S. Wisnicki and the imaging scientists. After the letter was imaged, Wisnicki reviewed the images of each leaf and marked several regions of interests (ROIs). He then submitted the marked-up images to the imaging team alongside a set of questions to inform potential processing. The questions related to textual issues, such as bleedthrough and illegible handwriting, as well as physical qualities (water stains, wax residue, paper creases).

In response, the imaging scientists used several techniques to enhance the images of the letter, from applying the standard pseudocolor processing to the raking images, to using a more complex multiband method that sought to separate out the different texts, stains, etc. The processed images included in this edition demonstrate some of the possibilities for enhancing text, topography, and other material features of Livingstone's letter and for highlighting the relationship of these three elements. Alongside such processing, the team also evaluated the raw spectral images of the letter and provided a series of imaging recommendations to guide future work on Livingstone’s manuscripts. 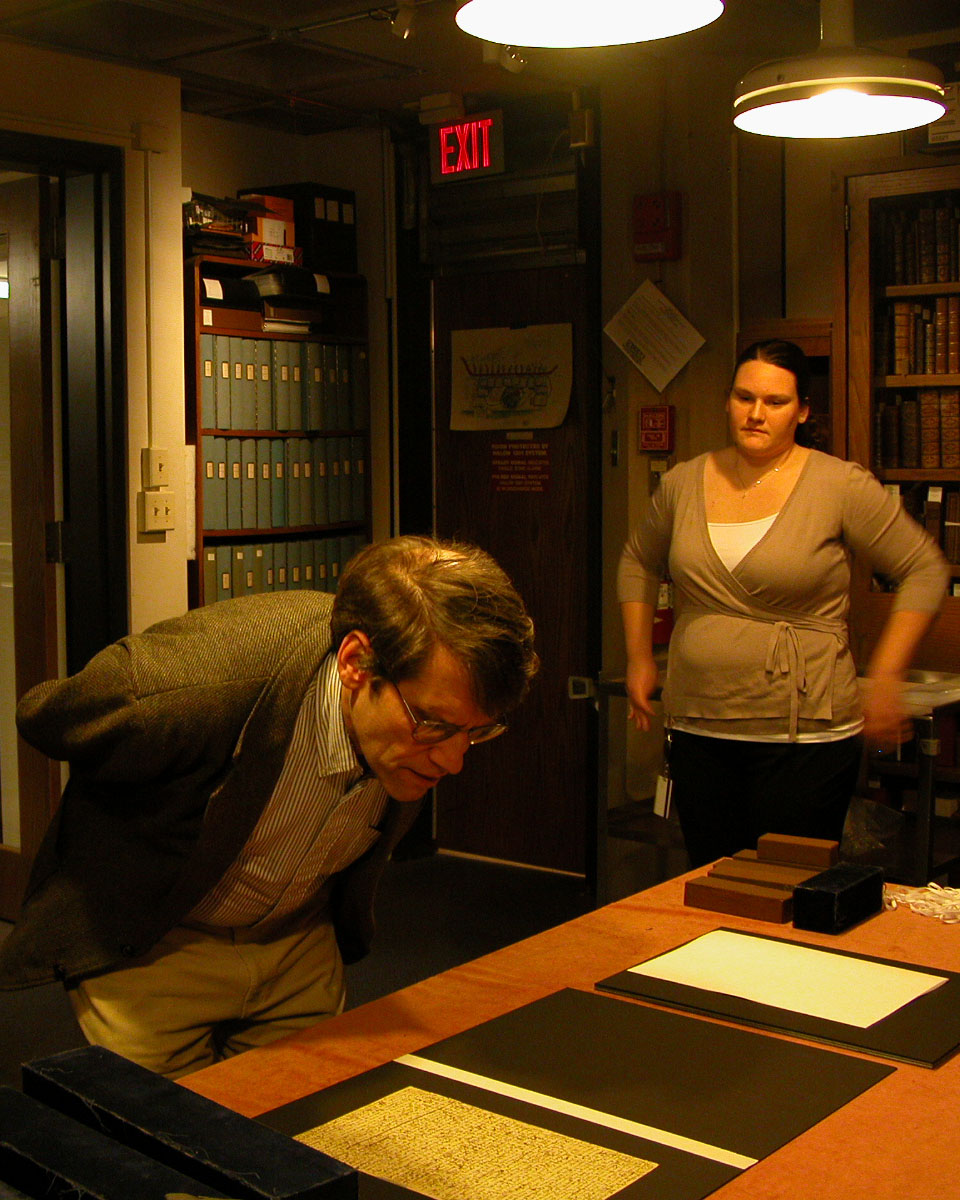 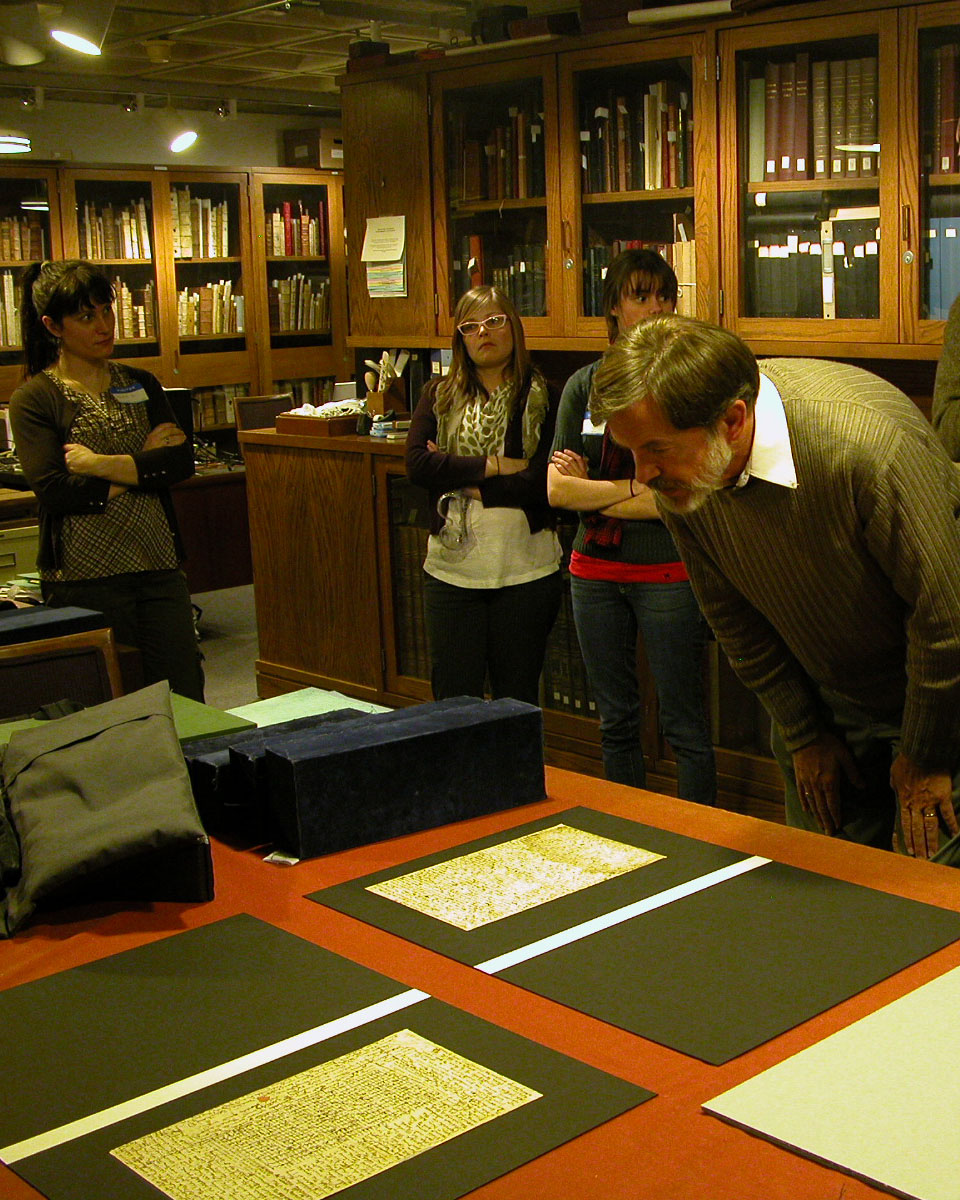 Most of the processed images combine two raw spectral images together. To create a "pseudocolor" image, two images are locally adjusted in brightness and contrast over a sliding window (about three text lines high) to make the images uniform in appearance. The two images are then combined into one color image by putting one image in the red separation and the other image into the green and blue separations. Where the two images are of comparable value, the pseudocolor image appears neutral, i.e. without color, or black and white. Where the two images are different, the pseudocolor image appears red or cyan, depending on which image is brighter. For more on the technical terms and the processed images produced, see Notes on Processed Spectral Images.