In Field Diary X, Livingstone finds himself hampered by local politics, ill health, and rain, as he travels westward to Lake Moero. The diary can be broken up roughly into two halves, each concerned with Livingstone's navigation of local conflicts between and among Africans and Arabs.

The first conflict lies in an argument between two chiefs, Hamees and Nsama, over marriage, slaves, and ivory. Livingstone is forced to appeal to both chiefs in order to continue his journey. Compounding the issue is that Livingstone feels obliged to travel with the better-equipped, more knowledgeable Arab traders, but finds travel with them slow and tedious, due to their pre-existing conflicts with local populations. Livingstone often records the difficulties this causes. For instance, one chief warns Livingstone that "the Arabs are not to come as we shall run away," a development that would prevent Livingstone and his men from procuring food (Livingstone 1867c:[36]). 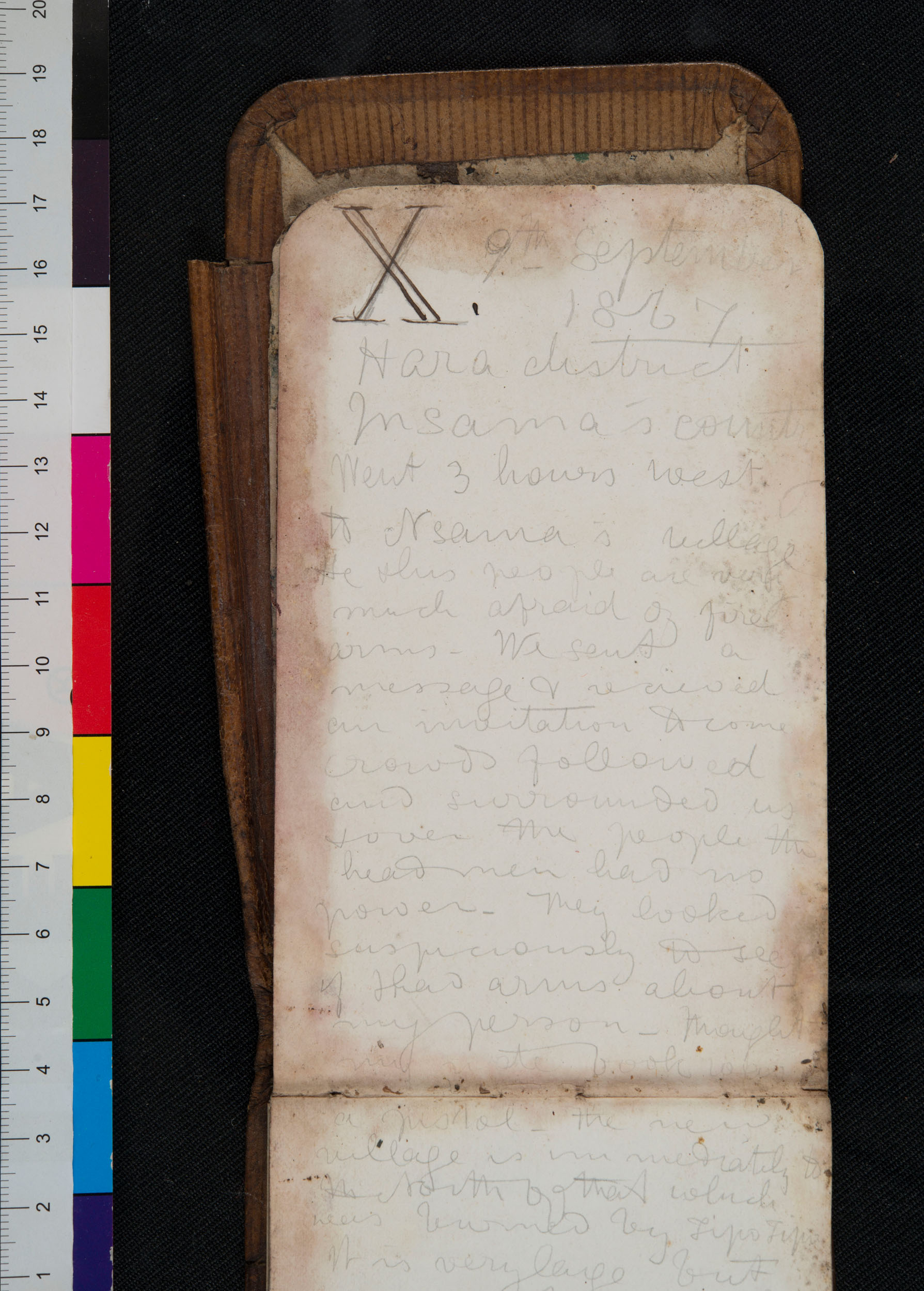 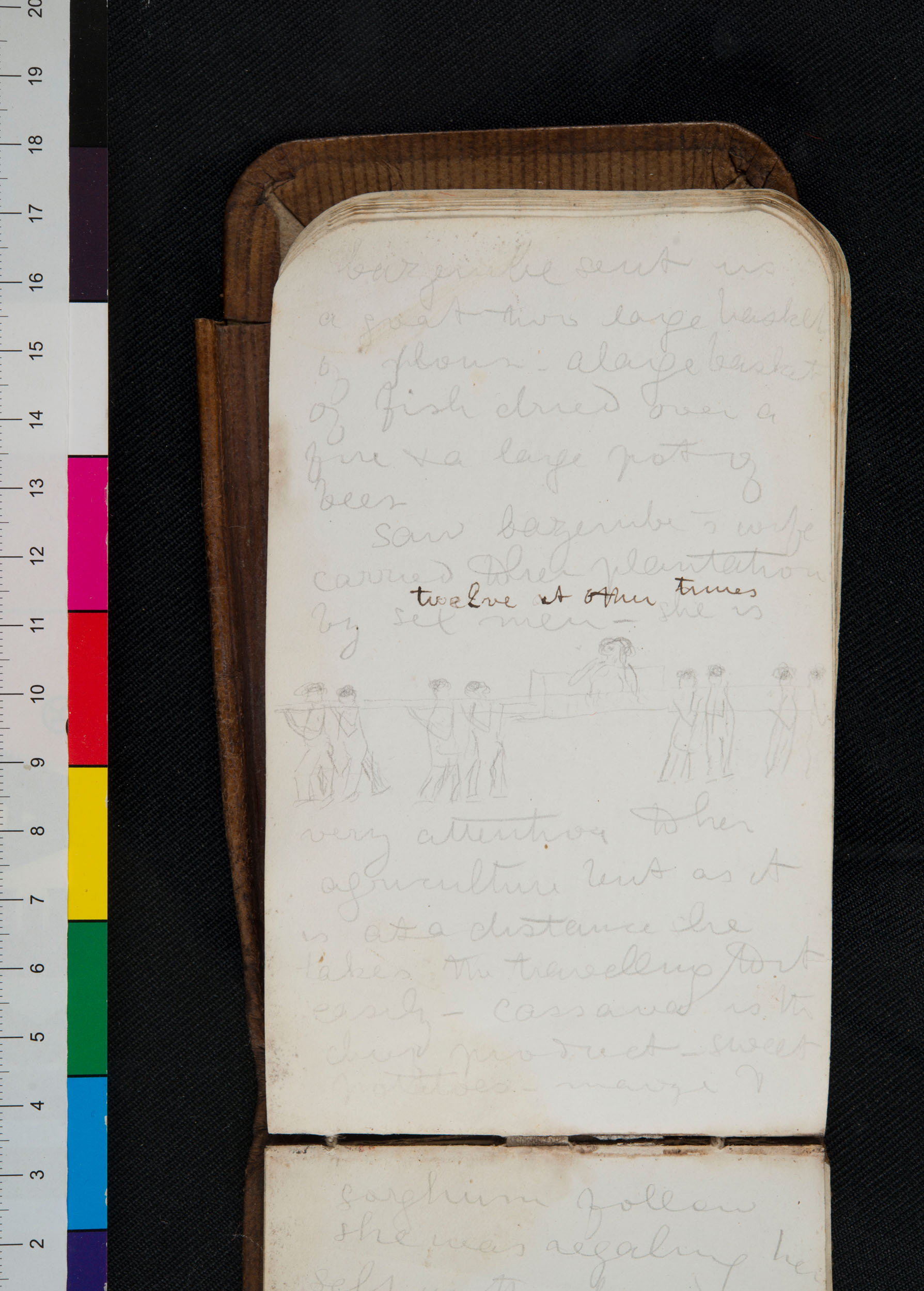 As soon as Livingstone is able to move on from this conflict, however, he encounters another complex situation. Chief Cazembe rules his region with pomp and fear. Livingstone records his introduction to Cazembe on 4 November 1867 as a "grand reception" that involves music, rituals, ceremonial dress, and (as Livingstone terms him) a dwarf - the latter being the cause of Cazembe's sole smile (Livingstone 1867c:[3], [87]). Livingstone, in turn, gives Cazembe gifts and, "as it was explained that my goods were nearly done the present did not disappoint as it might have done from a trader" (Livingstone 1867c:[94]-[95]).

What follows, though, is a stalemate where Livingstone and his men are forced to remain in Cazembe's village for the next month and a half, stranded by Livingstone's illness and - similar to the previous situation - negotiations between Cazembe and Mohamad, an Arab trader. Mohamad mocks Cazembe and undermines his power; Cazembe responds by refusing to grant permission for the group to leave (Livingstone 1867c:[104]). Finally, on 22 December 1867, Livingstone and his men leave Cazembe, hoping to explore Lake Moero and then go on to Ujiji.

An image of a page of Field Diary X (Livingstone 1867c:[140]). Copyright David Livingstone Centre. Creative Commons Attribution-NonCommercial 3.0 Unported. This page present a full scene of village life whereas usually in his field diaries Livingstone confines himself to drawing only one or a few individuals at a time.

In addition to these political difficulties, Livingstone also suffers from incapacitating illnesses, primarily fever and the anal bleeding that would plague him for the rest of his life. In this field diary, there are several periods during December 1867 when Livingstone is prevented not only from travel but even from making the geographic and meteorological records that he typically records in detail. One challenge that does not present itself, however, is hunger, as the local headmen provide plentifully and Livingstone and his men eat heartily of palm oil, cassava, bananas, and ground nuts, in addition to enjoying gifts of beer, grain, and even a goat.

The diary itself takes the same form as Field Diary VII: a small brown book, bound at the top, with a tie to hold it together, manufactured by Lett's, Son, & Co. The diary measures 140 mm high x 89mm wide x 16 mm thick. Almost every entry is written in grey pencil, with a few additions in red pencil, and the final two pages of the diary written first in pencil, then re-inscribed in black ink. Like his other field diaries, Livingstone writes from both sides at once, meeting at 1867c:[118].

Also as in previous diaries, the entries from the back are upside-down in relation to the ones from the front. The back entries at the back are also shorter and more time passes between individual entries. These shorter notes include rain tables, ideas for food preparation, place names, maps, geographic information, and speculation on rules of local succession of chiefs.