This essay provides a summary of the most important historical events and processes relating to the peoples of southern Africa. The essay also explains the social and political context of the sub-continent from the Stone Age through to the mid-nineteenth century, when Livingstone first arrived in the region. The essay concludes with a glossary that defines key terms used in the text.

By the mid-nineteenth century, southern Africa was a region characterised by intense conflict. The scale of this conflict had increased over the course of the late eighteenth and early nineteenth centuries, resulting in significant demographic shifts among the region’s population groups. In order to understand why, it is necessary to trace the history of human settlement in the African sub-continent from the pre-colonial period.

The earliest inhabitants of southern Africa were the San, or Bushmen, who were descendants of Late Stone Age peoples. Over the course of several thousand years, the San came to pursue their nomadic lifestyle across the region, from the south-west to the north-east.

With their primary mode of subsistence being hunting and gathering, and with their social organisation taking the form of small, kin-related groups, the San were highly mobile and adaptable to the changing environments of the sub-continent.

Following the San, were the Khoekhoe, who settled in southern Africa approximately 2500 years ago. The Khoekhoe supplemented their hunting and gathering with pastoralism. Unlike the San, the Khoekhoe tended to be more settled and the ownership of cattle and other livestock served as an important marker of status and authority.

Khoekhoe groups sustained larger numbers than the San and tended to follow hereditary "chiefs." By the sixteenth century, Khoekhoe polities, such as the Hessequa, Nama and Attaqua, came to occupy most of the region south of the Gariep River (Orange River) and west of the Fish River.

Human Settlement and the Climate    Top ⤴

From 1100 CE onwards, during the Middle Iron Age, Bantu-speakers moved south from central Africa’s Great Lakes region in a series of migrations. There is also evidence of waves of migration from the west coast, around present-day northern Angola.

The Bantu-speakers practiced mixed-subsistence farming and tended to form socially complex communities. Some of these communities became kingdoms, eventually developing into small African states. Examples of such kingdoms include Mapungubwe and Great Zimbabwe.

By 1600 CE two Bantu-speaking branches had established themselves in present-day South Africa. The Nguni came to settle along the eastern coastal belt while the Sotho-Tswana settled across the eastern highland. 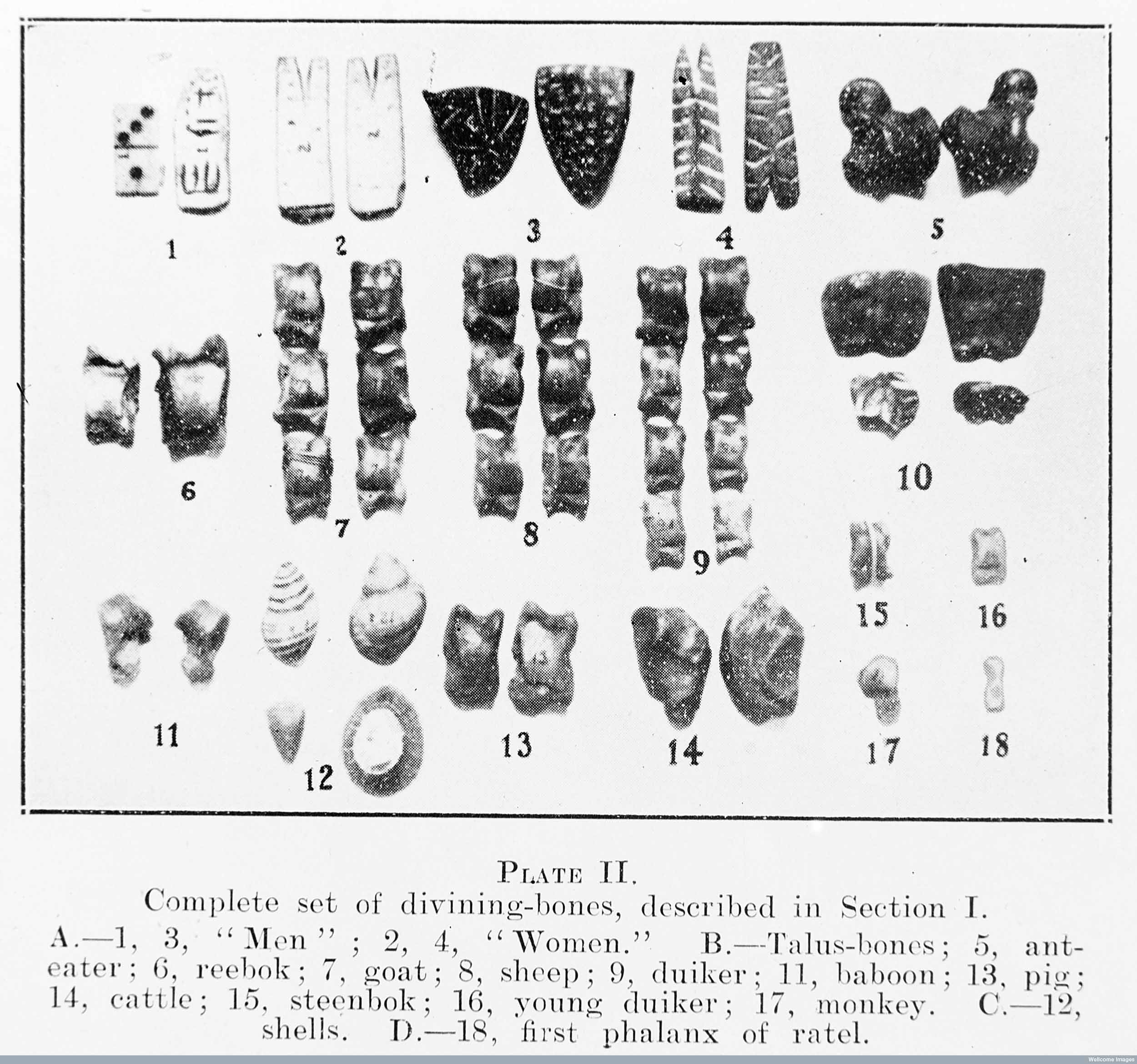 Both groups sought out reliable rainfall and soils suited to crop agriculture in order to sustain their agro-pastoral way of life. In addition to agriculture, their subsistence and economic activities included herding, hunting and trading.

Human settlement in southern Africa thus reflects the region’s climatic conditions. The eastern half of southern Africa has a high summer rainfall pattern, while the western half is much drier and often experiences drought.

The Arrival of Europeans    Top ⤴

The quality of the south-western Cape’s climate was not lost on those European sea-faring nations who sailed around the southern tip of Africa in a bid to plot a sea route to the East. The Portuguese were the first to accomplish the feat and by the mid-sixteenth century the Cape of Good Hope’s strategic position on the trade route to Asia began to draw more Europeans to the region.

It was the mercantilist Dutch East India Company, or Vereenigde Oost-Indische Compagnie (VOC), that first settled at Table Bay. In 1652 a fort was built and a small trading port established at the site. These were the rudimentary beginnings of the modern city of Cape Town. 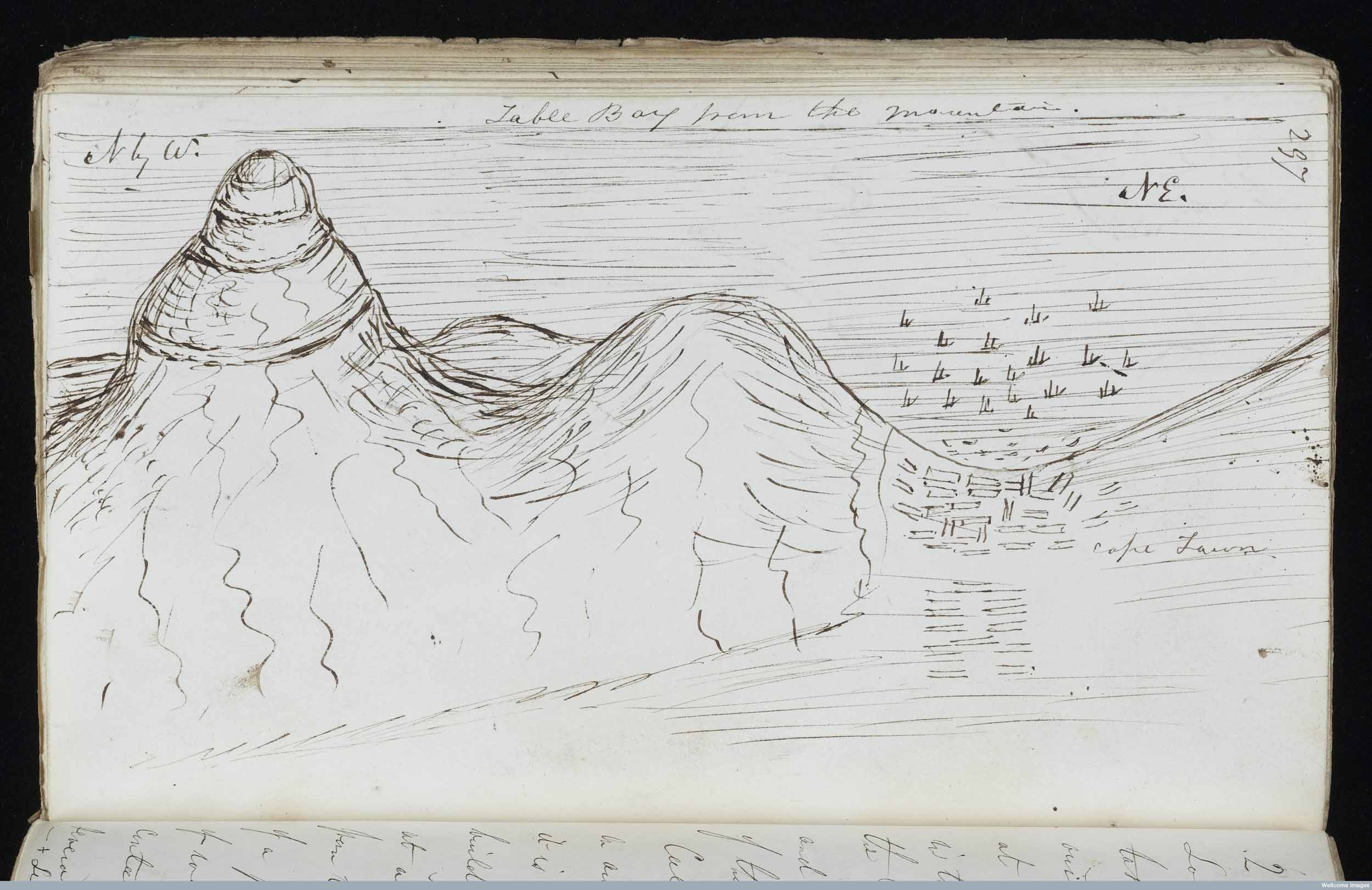 At first the VOC did not intend to colonize the region, but rather focused on supplying passing ships with fresh produce and meat. Being a convenient half-way stop on the Europe-to-Asia sea route, the demand for life-saving, scurvy-preventing supplies was high. In 1657, Dutch immigrants, known as burghers, were allowed to settle and farm on the outskirts of the port settlement, providing the VOC with fruit, vegetables, wine and beer for sale to ships’ crews.

The trading port grew rapidly and so did the demand for labour, which was in short supply. In order to address this, slaves were first imported to Cape Town in 1658. The slave population was eclectic in origin. They came from numerous places along the Indian Ocean rim, including Java, the Malay Peninsula, Ceylon, Madagascar, and the east African coast.

Initially, the VOC bartered and traded with the Khoekhoe for their large herds of cattle and sheep. However, the VOC’s demand for livestock grew to such an extent that it began to place strain on several Khoekhoe polities. As more and more European migrant stock farmers, also known as trekboers, advanced into the interior, so conflict with Khoekhoe and San (Khoesan) over the land and its resources ensued.

Slave chain for children. Copyright Livingstone Online (Gary Li, photographer). May not be reproduced without the express written consent of the National Trust for Scotland, on behalf of the Scottish National Memorial to David Livingstone Trust (David Livingstone Centre).

The Advance of the Colonial Frontier    Top ⤴

European encroachment to the north and east of Cape Town was steady over the course of the seventeenth and eighteenth centuries, in spite of concerted Khoesan resistance. The loss of land and livestock, coupled with the introduction of European diseases, in particular smallpox, resulted in the rapid disintegration of Khoekhoe social and political organisation.

The San were treated with particular disdain by the trekboers, who regarded their hunter-gatherer lifestyle as backward and uncivilized. Conflict along the north-eastern frontier culminated in a genocidal campaign of extermination against the San during the 1770s and 1780s.