This page cites the individuals who have made a special contribution to supporting our work in developing the multispectral critical edition of Livingstone's 1870 Field Diary and select 1870-71 letters. 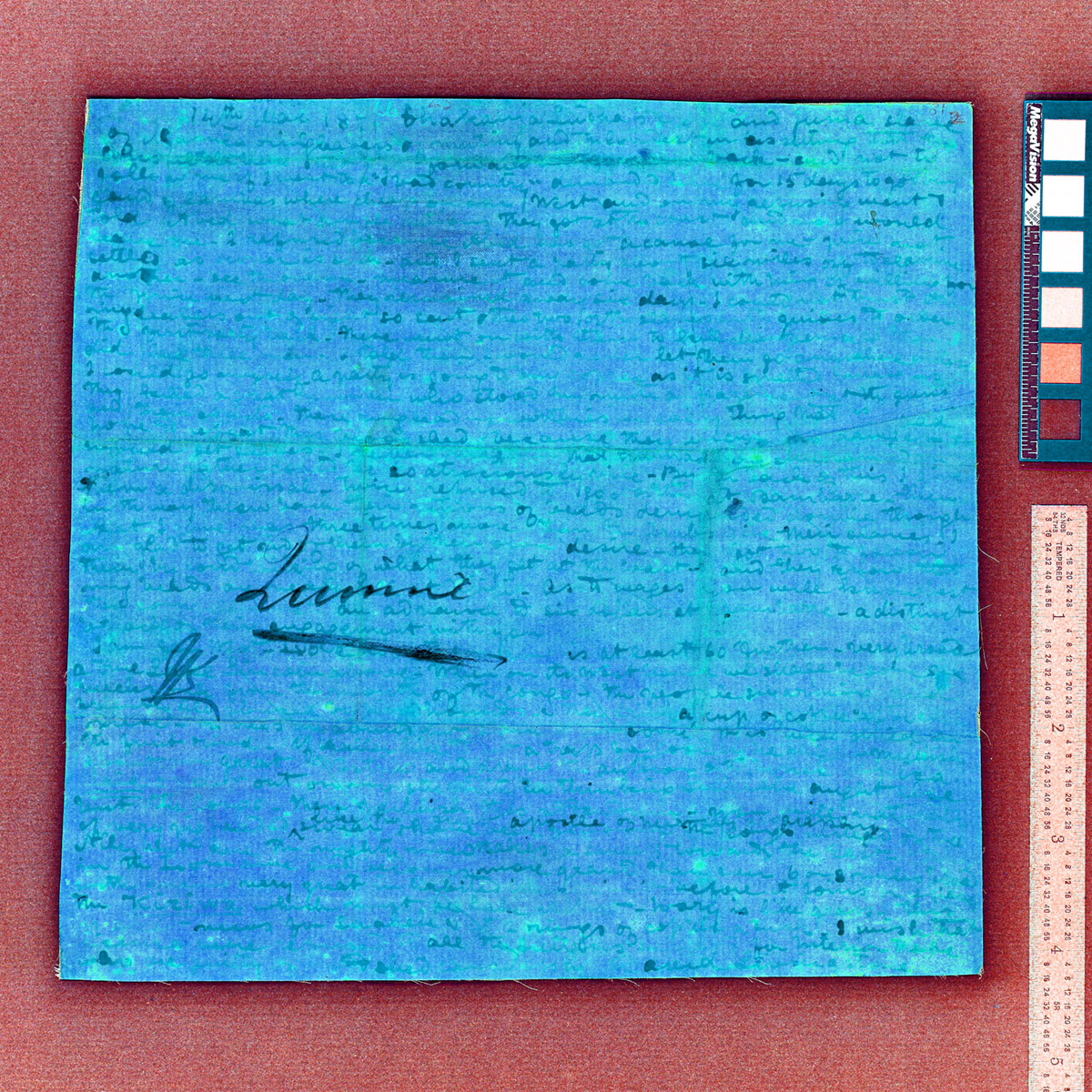 A custom processed spectral image of a page from Livingstone's letter to John Kirk 2, 14 May 1871 (Livingstone 1871i:[1] spectral_ratio, with hue rotated to -46). Copyright National Library of Scotland and, as relevant, Neil Imray Livingstone Wilson. Creative Commons Attribution-NonCommercial 3.0 Unported. Livingstone wrote this letter over a piece of paper that Kirk used to send Livingstone quinine. The processing suppresses nearly all of Livingstone's letter and instead foregrounds Kirk's original text: "Quinine" and "JK".

It has been an immense privilege to work on this phase (2013-17) of the Livingstone Spectral Imaging Project. The members of the project team are grateful to the individuals below who have supported our work and to those individuals who supported the first phase of the project (2010-13), as that phase laid some of the groundwork for the current phase.

Additionally, the project director Adrian S. Wisnicki would like to single out two individuals for their support. The first, Marco Abel (University of Nebraska-Lincoln), has been an immense friend to the project and his support will not be forgotten. The second, Liz Maxwell, the director's wife, has believed in our work beginning to end like no one else, and so to her the director's work on this project is dedicated.